Bob (’69) and Jane (’70) Lutes bring their special brand of optimism to a country in the process of reinventing itself
By: Aloma Jardine

Anyone who knows Bob Lutes (’69) won’t be surprised to hear he spends most of the conversation making jokes — sometimes at his own expense, sometimes gently teasing his wife, Jane Lutes (’70).

Bob’s great sense of humour belies the very serious reason the Wolfville, NS couple are currently about halfway through a two-year stay in Kiev, Ukraine: Bob has been invited to act as a consultant to the Ukraine Juvenile Justice Reform Project. He is making recommendations for amendments to the law, particularly with regards to probation for young offenders.

“They have a different system here all together,” he says. “Ukraine inherited the Russian system and they are trying to move closer to European principles. The number of sentencing options in Ukraine for minors are very few, so probation was seen as one way to avoid having young people go into custody and to provide them with programming.” 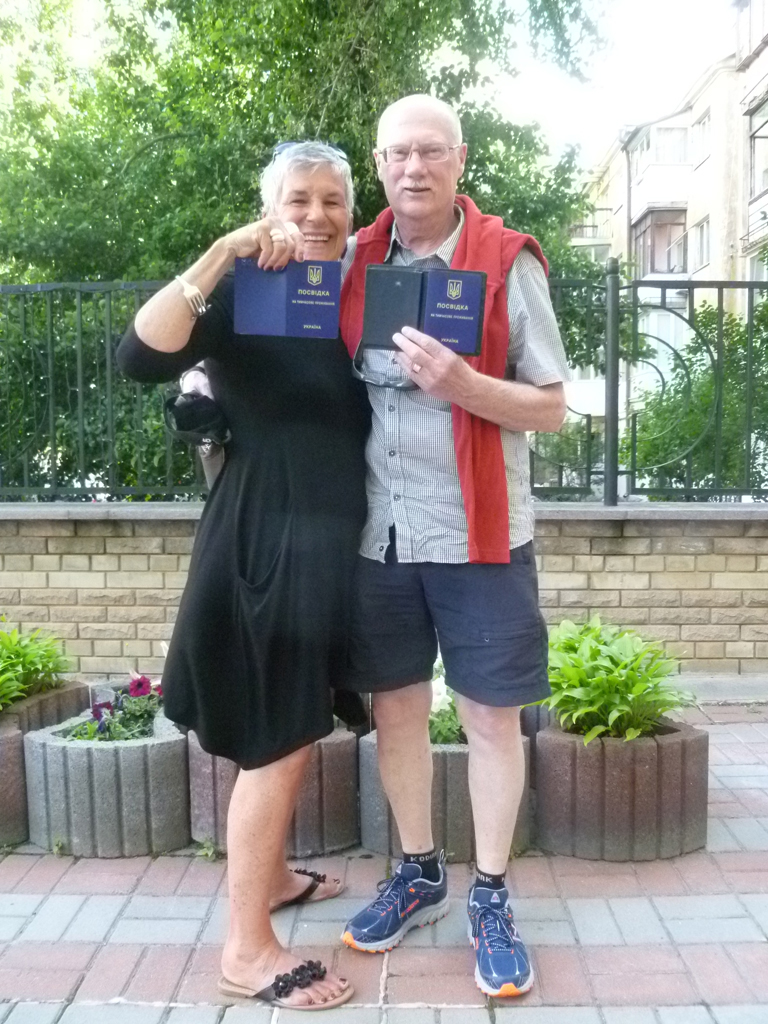 Funded by the Canadian government, the work is being carried out by Agriteam Canada, a company that provides management and technical expertise to developing and transitional countries.

Bob was recruited by Agriteam because of his extensive background in youth criminal justice.

After graduating from Mount Allison, he earned a law degree at the University of New Brunswick, then a Master’s of Law from the University of London. He worked as a prosecutor for many years, with a special focus on young offenders.

In 1998, he was invited to Ottawa to help rewrite the Young Offenders Act, now known as the Youth Criminal Justice Act. That led to consulting work with the RCMP and youth justice projects in Latvia and Russia.

“When this opportunity came along we saw it as an adventure,” Jane says. “But also, I don’t think Bob was really finished with his career. He would say, ‘There is something else I should be doing, I need to be able to contribute more,’ so this came along at a perfect time in his life.”

Although Jane is not involved in this particular project, she and Bob have often come as a “package deal” — Bob working on youth justice and Jane offering her expertise on mediation, conflict resolution, and anger management programming for youth.

But she is not exactly sitting with her feet up in Kiev.

Jane has been spending much of her time finding other ways to contribute to the community. She is part of an international women’s club that hosted a huge bazaar before Christmas that had about 8,000 visitors. The bazaar raised the equivalent of $100,000 Cdn for charitable organizations such as orphanages, women’s groups, families in need, and hospitals.

It is an interesting time to be in the Ukraine — an armed conflict has been ongoing in the eastern part of the country since April 2014.

“Hope is a word we like to instill in people,” Bob says. “Some people are very cynical about what change is going to take place and other people are quite hopeful. The real driving force for me is to have been able to make suggestions and observations that they might not bite on today, but I know they are listening. Reform takes a long time.”

You can follow the Lutes’ adventures on their blog: https://canucksinkiev.wordpress.com/