MURIEL (JO) (WILLIAMSON) SQUIRES ('37) graduated 80 years ago and had her 101st birthday this summer. She often thinks of friends from MtA and kept in touch as long as others lived!

DR. GARY BROOKS ('60) faculty 1963 to 1969, was recently appointed to Nova Scotia's Judicial Advisory Committee for federal judges. He is also archivist for the Maritime Conservatory of Performing Arts Association and chairs complaints committees for the College of Registered Nurses of Nova Scotia.

BLAINE FLETT ('64) and his wife Donna were featured in the Williams Lake Tribune in January. The Flett family has had three generations of hockey players. Blaine and Donna have kept a collection of memorabilia over the years including family hockey photos, trophies, and newspaper clippings. Blaine was a member of the men's hockey team as a student at Mount A.

FR. CHRISTOPHER LEPAGE ('73) was ordained to the Sacred Order of Priests of the Western Rite Russian Orthodox Church Abroad by His Eminence Metropolitan Hilarion, NYC, in November 2017 for the Parish of St. Edward the Martyr, Charlottetown. He celebrates the Gregorian Mass Saturdays at 4 p.m. All welcome, especially Allisonians! 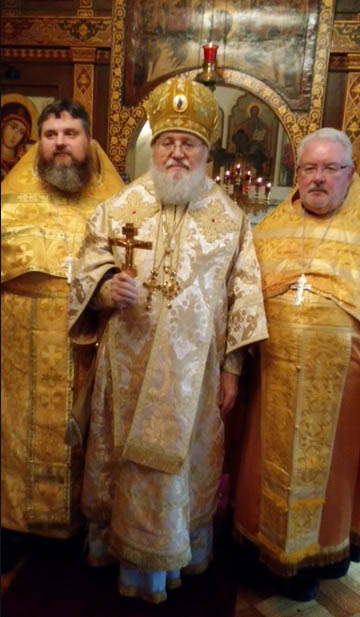 NANCY YOUNG ('77) writes, "I continue to enjoy my work as a consultant specializing in the areas of reading/spelling/writing. Providing professional development and support for districts, individual schools, and families across Canada, my primary focus is children with dyslexia, ADHD, and/or giftedness. My newly published book, Secret Code Actions™: A Resource to Support Learning to Read and Spell the English Language, presents evidence-based teaching essentials as well as creative ways to master the secrets of the English alphabetic code using fun physical actions! Secret Code Actions™ is available in both a Teacher Edition and Parent Edition. Check it out at nancyyoung.ca!"

VIANNE TIMMONS ('79, LLD '17), current President of the University of Regina, was recently named an Officer of the Order of Canada.

ROBIN HENDERSON ('81) writes, "I had the pleasure of witnessing a relay at a Masters Swim meet held in Ottawa on Nov. 18. The 'youngsters' included none other than SANDRA MURRAY ('59), 80 years young."

BRIAN WOODLAND ('82) received the Human Rights Award from the National Council of Canadian Muslims in May and in June retired as director of communications and community relations with the Peel District School Board after 32 years in public education. He and his wife Gayla, who is president of a federal public affairs firm, now live in Ottawa. Brian now speaks and consults as BrianInspires. 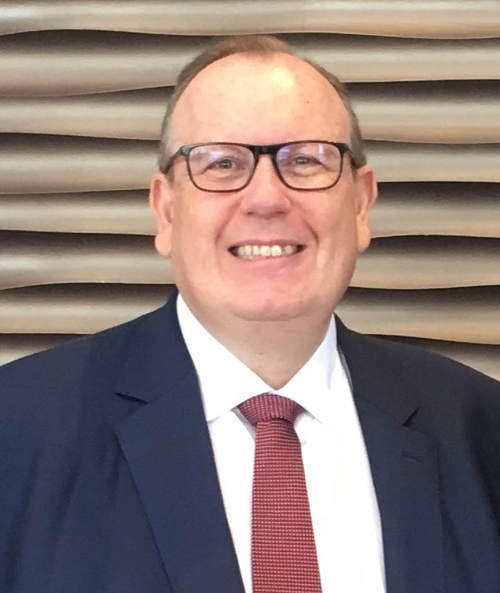 SHELLEY DUGUAY ('87) and JAN OAKEY ('98) have both been awarded the 2017 Maxxam Values Award. Shelley is a senior business analyst in the Information Systems Department, and is based in Montreal, while Jan is a scientific specialist for the Inorganics Department at Maxxam's Bedford laboratory. The Values Award is Maxxam's most prestigious award. 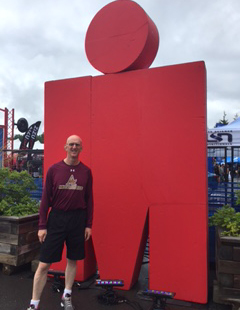 It was a surprise chance to catch up for VANESSA MO ('97) and MARISSA HARE ('00) when their siblings were married in Calgary in September 2017. The weekend of festivities allowed for sharing of tales and reminiscing about their own first weeks at MtA. 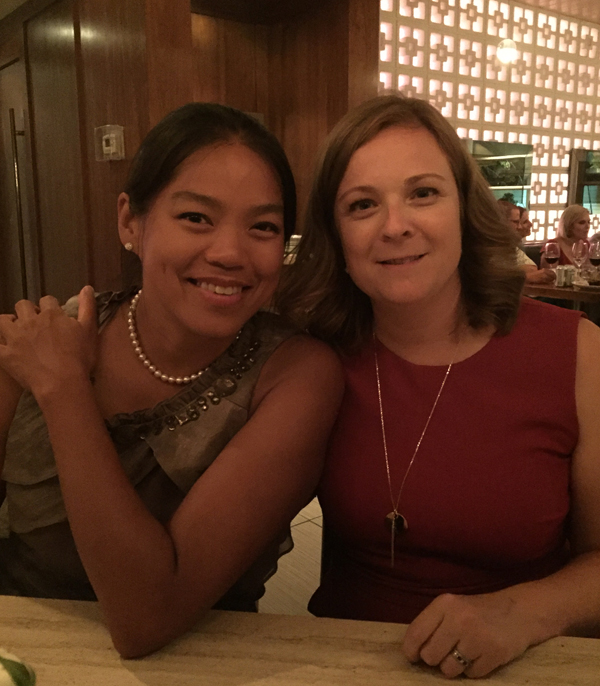 TRISHA ESTABROOKS ('99) was elected to the Edmonton Public School Board this past fall. She had the help of fellow Mountie WADE KING ('98) on the doorsteps. 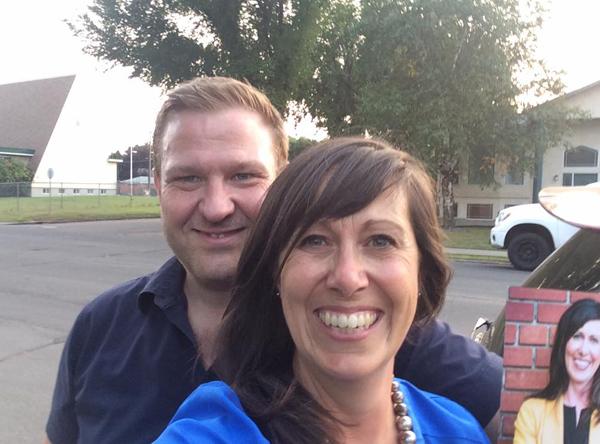