Nancy (Waller) Cutler ('68) calls the start of her career in meteorology 'happenstance.'

"I was initially looking at oceanography when I started my studies at Mount A," she says. "In 'those days' the most common careers for women fell into three categories — teacher, nurse, or secretary. I knew I wasn't fit for those professions."

Cutler earned her BSc with a major in physics and minors in math and biology. She graduated with three job offers. With some careful thought and with the advice of a good friend she took one as a meteorologist, then under Transport Canada.

"My friend had worked with the department for two summers and said, 'I think you would really like that,'" says Cutler. "In the late '60s the federal government was also one of the few employers that paid men and women equally. So, I went for it." 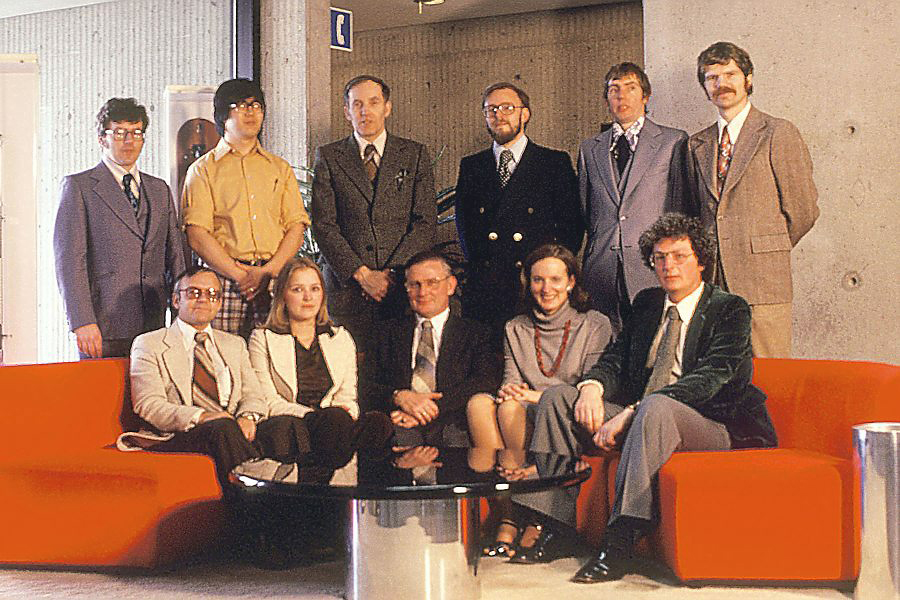 Cutler was among the first women to complete meteorology training with the federal government and enjoyed an award-winning 35-year career in the field and in management in Transport and later Environment Canada.

"I was the first female boss for a lot of people and the first or only woman in the office for a lot of my career," says Cutler. "I gained more female colleagues over time. I learned quickly the best thing to do for anyone is to just go in, do your job, and treat everyone equally."

Cutler has served as a mentor for many young women working in science. This remains her steadfast advice.

"You have to know yourself, what you do well, and what you don't. Everyone's going to say they're a good communicator in a job interview — you need to articulate how you differ from them," she says. "There will be distractions and people who will always question you and your abilities. Be honest and go in and do your job." 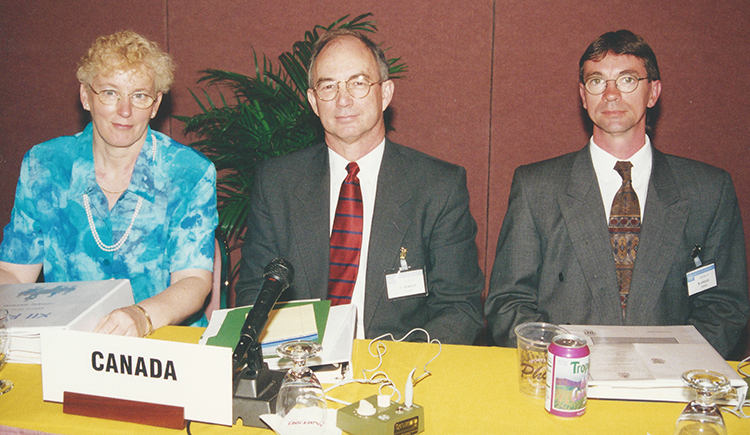 With Environment Canada, Cutler worked in a number of cities including Vancouver, Toronto, Ottawa, Quebec City, and Halifax, not to mention contributing internationally. The Toronto area eventually became home base and she and her husband Tom have settled there in retirement.

"I've been able to see a lot of this country that many people don't get to experience thanks to my job," she says. "When it comes to weather, Canada gets its all - hurricanes, tornadoes, droughts, floods, blizzards. It's not the same range for a lot of the world."

A lifelong career in something as close to Canadians' hearts as the weather leads to some memorable moments.

"I was the metric conversion co-ordinator for the department when we moved from Fahrenheit to Celsius in the '70s," she laughs. "I found out quickly how many people liked Fahrenheit during that project."

Given the impact the weather has on our everyday lives, Cutler says it's natural that it is such a popular topic in Canadian conversations.

"As a meteorologist, you have to grow a thick skin," she says. "No matter how accurate your forecast, no matter the science behind it, if the weather isn't what people want, you're going to get the blame."

While Cutler worked primarily behind the scenes throughout her career, she also received many accolades for her accomplishments. In 1997 she received the Patterson Medal, the top award for meteorology in Canada and, when she retired in 2003, the department created the Nancy Cutler Award for Women in Science and Technology.

She credits her time and the community at Mount Allison as influences both personally and professionally.

"I wouldn't have considered meteorology without the advice of the dear friend, whom I met at Mount A," she says. "I'm still close with many friends I made there. Mount A gives you a certain security. You could take risks there in a safe environment. I really grew up in those four years."

Cutler acknowledges there have been fundamental changes for women in work environments like hers, but she says there is still much to be done.

"There's been a lot of progress since I started my career," she says. "It's important to keep moving forward but it's also important to look back every now and then to acknowledge the changes made."