Fleming Daniel Gray ('51), one of Mount Allison's first black students, went on to be a leader in the civil rights movement in the U.S.
By: Aloma Jardine

Fleming Daniel "Danny" Gray stood shoulder-to-shoulder with some of the leading figures of the civil rights movement — people like Martin Luther King Jr. and Malcolm X.

"He used to say that he didn't really come of age until he was close to 30 when he discovered the civil rights movement, because then he knew what his purpose in life was," his widow, Merete von Eyben says.

The path to Mount Allison

Gray was born and grew up in New York City. In the early 1940s, his mother, Nora (Anderson) Gray found Mount Allison while looking for a small, private school for her oldest son, Milton.

"Despite living in the North, finding a 'white' school which would accept him could be a long and arduous endeavour," Gray writes in a submission to the Mount Allison Archives. 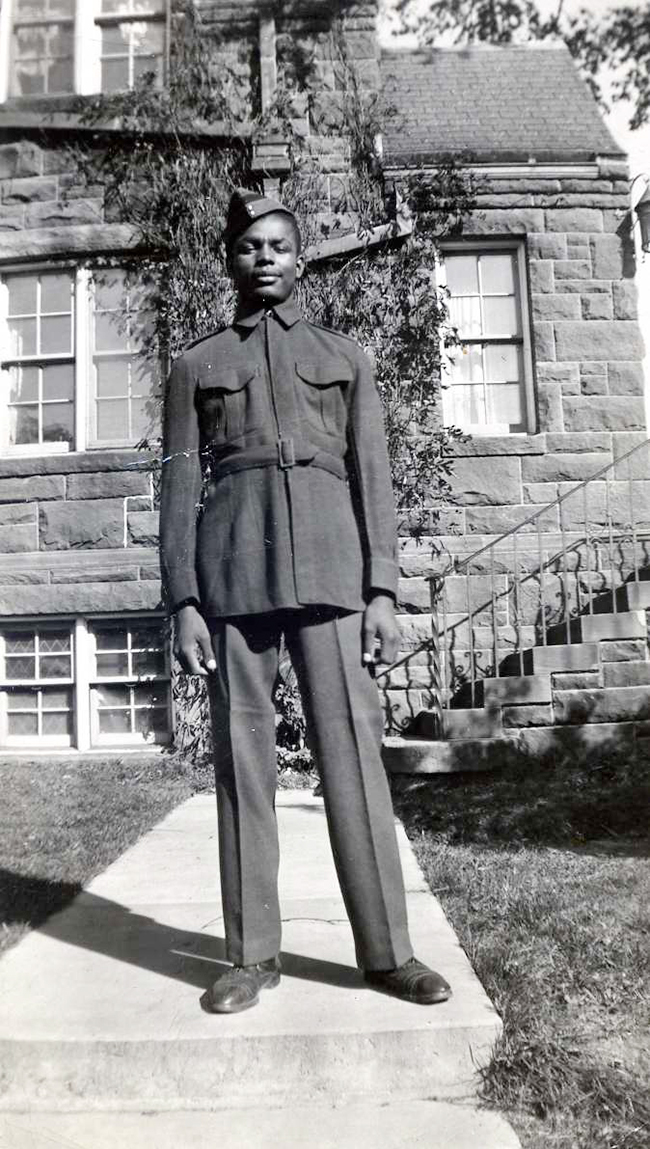 So Milton came to Mount A, but in 1944 received notice of his impending draft.

"Coincidentally, I was expelled from high school for being disruptive in 1944. My mother contacted (the headmaster) Mr. Glenn and inquired about sending me, in lieu of my brother," Gray writes.

Gray arrived at Mount Allison in 1945 at the age of 15. He would spend the next four years at the school, graduating from the Mount Allison Academy in 1947 before attending the University for two years. He left Mount A in 1949 without completing his degree.

Gray felt he was not a particularly strong student. After his second year, his father lost his job as a truck driver and money became tight.

"I conceded that I was not carrying out my obligation to 'succeed' at Mount Allison and did not return for my junior year," he wrote.

When he needed his academic record sent to the City College, the Mount Allison registrar at the time, Christine MacInnes, took the time to include a note with his transcript.

"(The letters) not only listed the grades, but how I had been an asset to the school and that my grades did not entirely reflect my potential," Gray writes.

Von Eyben says Gray recalled his days at Mount Allison fondly and felt the school had given him an appreciation of education.

But his time at Mount A wasn't without conflict. The only barber in town refused to cut his hair. A restaurant in Amherst would not serve him. And when he travelled to games with the University's rugby team, spectators often noted his presence with a racial slur.

"Having stayed close to home, I was unused to hostility from strangers, especially since I couldn't figure it out, or divine a reason," Gray recalls. "I was continually anxious. In addition, there was no one with whom I could talk. I never saw another 'black' person in the surrounding vicinity." 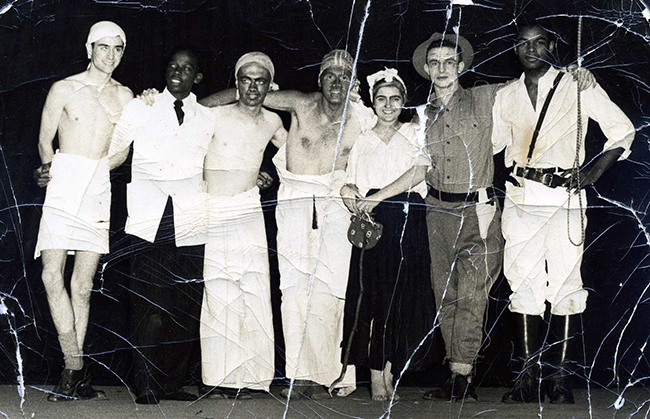 One of Gray's greatest triumphs at Mount A came on the stage, when he was cast as the lead of the Mount Allison University's Players' 1949 production of Emperor Jones. It was performed at the Maritime Regional Drama Festival, where Gray received the best actor award, and at the Dominion Drama Festival in Toronto, where the Players were one of only 12 invited groups.

Gray was singled out by the adjudicator in Toronto as an actor of "great possibilities and promise," but the trip was marred for him by an incident on the train when he and the only other black member of the cast were the only ones made to share a berth.

"The undeniable racism and insensitivity… was unconscionable," he recalls. "The degradation and pain felt throughout the trip, and manifested… on stage, when I forgot my lines, cannot, and have not, been erased."

Von Eyben says Gray told her he had dreams of becoming an actor.

"He told me he would have liked to be an actor, but being black, he just knew that was never going to happen," she says. "But winning that contest was a high point for him." 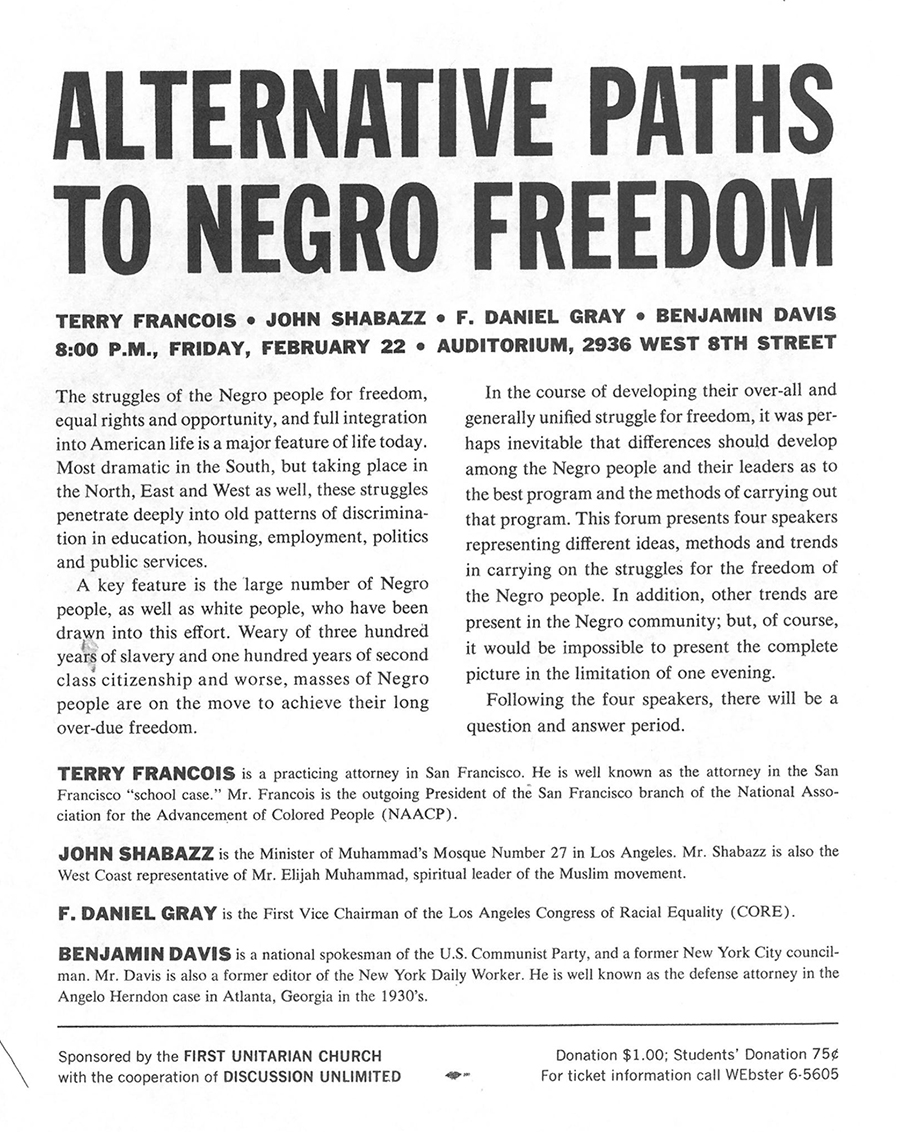 Instead, Gray used his considerable talents as a speaker to advance the civil rights movement.

"I heard him give a few speeches and he was absolutely amazing — he was a firebrand," von Eyben says. "A friend who knew him (at that time) said they really looked up to him. He was so impressive."

One of Gray's key roles was as vice-chairman of the Congress of Racial Equity (CORE) in Los Angeles.

He was regularly asked to speak at high-profile events and helped organize sit-ins and demonstrations.

"Danny would tell me how he would be staring down the barrel of a shotgun or having a racist trying to take him down," says von Eyben.

A life-long learner — heading back to the classroom

As the 1960s came to a close and the work of the civil rights movement slowed, Gray realized he was going to need to go back to school. 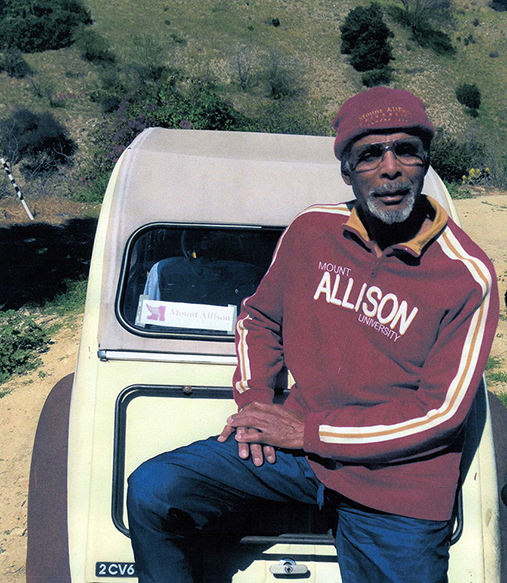 "He knew for sure if you want to get anywhere in life, you need an education and he didn't have a BA," von Eyben says. "He was single-minded about it. Being part of the civil rights movement made him realize how important education was."

Gray worked as a librarian for a number of years and finished his career as a teacher.

"He was in his early 60s when he started teaching, but that is what he really wanted to do," von Eyben says.

Von Eyben says some people tried to convince Gray to take up politics.

"But he didn't want that," she says. "He was incredibly passionate and honest and this is what came across (when he spoke). It was something he truly believed in and he had this kind of charisma. He was very charming, but in a genuine way." 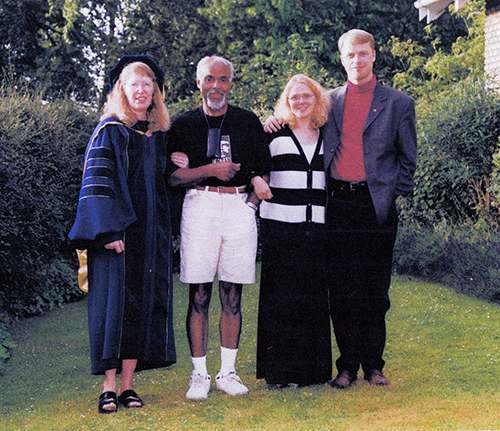 Gray and von Eyben, who is Danish, were introduced by a mutual friend the day before Gray, who was visiting Copenhagen, was due to return to the U.S.

"He was a very exciting person. And very good looking," she adds with a laugh.

After Gray's return to the U.S. the two began corresponding by letter. They married in 1982.

Gray remained an activist and advocate all his life, speaking out against inequality and injustice.

"He was very proud of calling himself a socialist. If you say that in the U.S., you get people's attention," von Eyben says. "He was convinced that socialism was the answer, he really meant it, but he also did like to see people flinch." 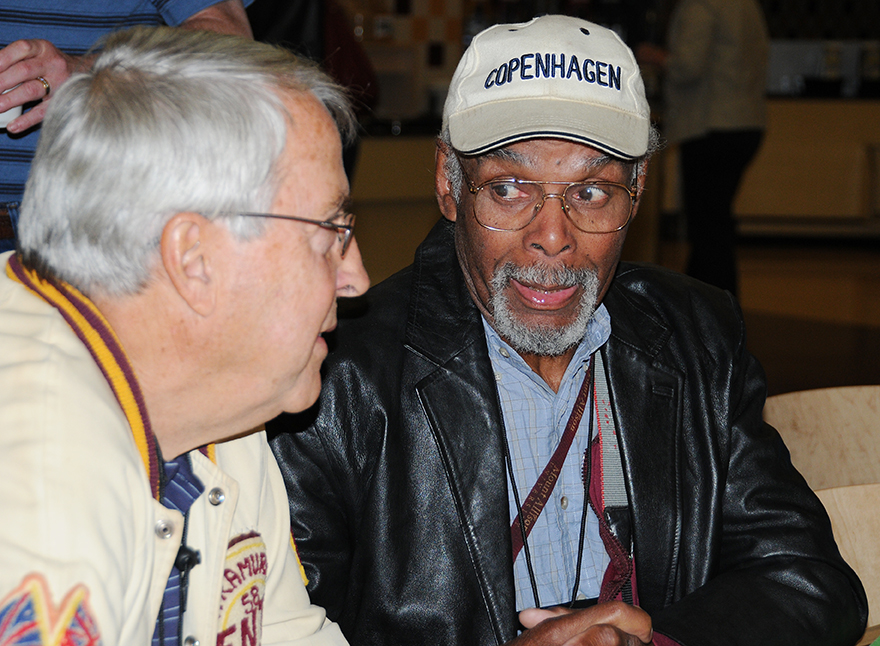 Gray returned to visit Mount Allison in 2011 for his 60th Reunion.

"He absolutely loved that reunion, he had a wonderful time," von Eyben says. "That was a high point in his life and I'm so glad he did get to do that."

Photo captions:
1) From left to right: Jim Zalian (with microphone, reporting for CBS radio), actor Marlon Brando, state representative Mervyn M. Dymally, actor Paul Newman, and Danny Gray in Sacramento, California on June 11, 1963 for demonstrations around the time of the murder of Medgar Evers and the standoff with Alabama's governor, George Wallace, at the University of Alabama during the fight for civil rights in the United States.
2) Danny Gray standing outside Mount Allison's Palmer Hall in his cadet uniform in 1947.
3) The cast of Emperor Jones, which represented the Maritimes at the Dominion Drama Festival in 1949. Danny Gray, first from the right, played the title character, to great acclaim. One can note in the picture that several of the performers are in black face to play black characters, a practice that continued widely until the 1960s and even beyond.
4) Conference ad for 'Alternative Paths to Negro Freedom'. (click on picture to enlarge)
5) Danny Gray in his Mount Allison gear at home in Los Angeles in 2013.
6) Merete von Eyben, Danny Gray, and Sanne and Thomas von Eyben, Merete's son and future daughter-in-law, in July 2000.
7) Danny Gray during his 60th Mount Allison Reunion in 2011.