An archival research project has led Renée Belliveau (’17) to Mount Allison’s very first Acadian graduate — and back to her own roots.

The research project is part of a Young Canada Works internship. After graduating from Mount Allison with an honours degree in English, Belliveau went on to complete her Master’s in Literary Studies at the University of Waterloo and is now planning to go into archival studies.

The internship, which she completed with University Archivist David Mawhinney, is a great stepping stone and the research project is close to Belliveau’s heart.

As part of the project, Belliveau discovered Aurore Bourque (’32), who is believed to be the University’s very first Acadian graduate.

Bourque grew up in Leger’s Corner — now the City of Dieppe — in southeastern New Brunswick.

Her family appears to have been fairly well off — her father, Vital E. Bourque, and uncle were merchants who inherited the family business from their father.

“There are pictures of the family and even early on they were all dressed really well, and they have a car in the 1920s, when cars were still very uncommon,” Belliveau says.

In the 1920s, there were no French high schools in Moncton, so Bourque completed her secondary education at Aberdeen High School, which was the largest school in New Brunswick at the time and a key educational institution in the province. 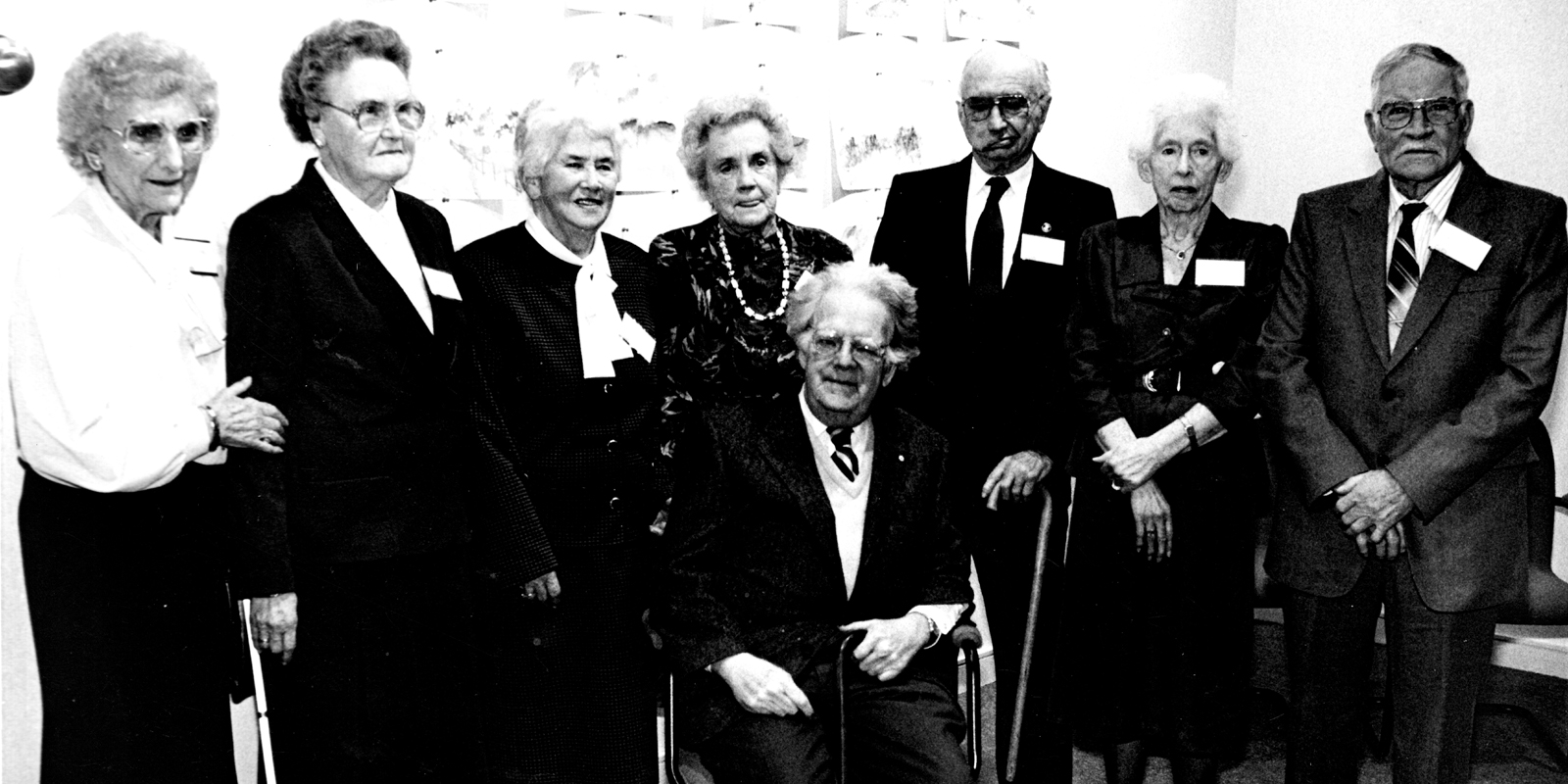 Bourque graduated from Aberdeen in 1928, along with one of Moncton’s most famous citizens, Northrup Frye, who went on to become a world-renowned literary critic.

When Frye returned to Moncton in November 1990, shortly before his death, to deliver a lecture at Université de Moncton, organizers of a reception in his honour tracked down seven of his classmates, including Bourque, to greet him. In an article about the event posted on the Moncton Frye Festival’s Frye Blog, it notes that Bourque reminded Frye that he had taken the time to help Acadian students by correcting their English essays.

The Bourque family were all well-educated. Aurore’s father and all of her uncles attended Collège Saint-Joseph in Memramcook, NB, while his five sisters completed their studies in Quebec.

Collège Saint-Joseph was only open to male students; young Acadian women did not have the same educational opportunities locally until 1943 when the Collège Notre-Dame d'Acadie opened in Memramcook. After high school, Bourque’s options were to follow her aunts’ footsteps to Quebec or to continue her education in English.

Bourque ended up at Mount Allison.

“I’m still trying to figure out why she came to Mount A,” Belliveau says, but notes that Bourque was not the first Acadian to attend the University — just the first to receive her Bachelor’s degree. In fact, Bourque’s older sister, Violette, also attended Mount A, studying under Professor J. Noel Brunton at the music conservatory from 1926-1927.

Bourque graduated in 1932 with a Bachelor of Arts degree and an honours certificate in French. In the yearbook, she is listed by the anglicized version of her name “Aurora,” but the quote she chose to include is a bit of a French poem in praise of loyal friends. Her yearbook entry also notes she intends to go to Montreal to study painting and music.

Belliveau has not been able to confirm if Bourque did continue her studies in Montreal; however there is an eight-year gap between her graduation and when she began teaching.

Belliveau says it wasn’t easy for Bourque to find work as a teacher.

“The francophone schools were Catholic and everything was run by religious figures,” she says. “Aurore was a devout Catholic, so I suspect that the church running the francophone schools frowned upon her having either received her education from a Methodist university or at an anglophone institution.”

Bourque eventually found a position at Moncton High School, where she taught French from 1940 to 1968, teaching a number of other future Allisonians.

Bourque never married. She retired from teaching in 1968 and died in 2002 in Shediac, NB.

Belliveau is gathering all of the information she has collected and is planning to put together an online resource guide that future researchers can use as a starting point.

“Nobody really knows about the history of Acadians at Mount Allison right now,” she says. “I think it will give Acadian students a sense of belonging.”

If you have information about Mount Allison’s Acadian graduates, the University Archives can be reached at archives@mta.ca

Former Acadian students, faculty, and staff are also invited to contact the University Archives if they would like to participate in the Allisonian Voices project, which documents Mount Allison history through oral interviews.

Photo captions
Top: Aurore Bourque (far right, in white) with Pope Pius XII at the Vatican in Rome, Italy.
Bottom: Aurore Bourque (first from the left) with members of Aberdeen High School’s Class of 1928, including Northrup Frye, seated, during a 1990 reunion.