Convocation ceremonies to take place May 14

SACKVILLE, NB — Approximately 400 students will graduate from Mount Allison during the University’s Spring Convocation ceremonies being held on Monday, May 14, 2018 in Convocation Hall (37 York St.).

Commerce and Science students will receive their degrees during the morning ceremony beginning at 9:30 a.m. and Arts, Fine Arts, and Music degrees will be conferred during the afternoon ceremony at 2:30 p.m. 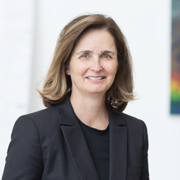 Lynn Loewen will be formally installed as the University’s ninth Chancellor during the morning ceremony. A Mount Allison alumna and previous University Board of Regents chair, Loewen’s connections to Mount Allison run deep. A Fellow of the Chartered Professional Accountants, she is currently President of Minogue Medical Inc., a company specializing in the delivery of innovative medical technologies, supplies, and equipment and also serves on the board of Emera Inc. 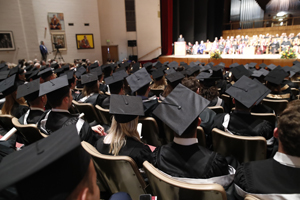 “We are delighted to celebrate the Class of 2018 and honour these five outstanding Canadians at Mount Allison this spring,” says University President and Vice-Chancellor Dr. Robert Campbell. “It has been an honour to preside over Convocation ceremonies and work with Mount Allison’s students, faculty, staff, alumni, and friends over the past 12 years.” 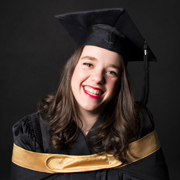 Biology and biochemistry student Hannah MacKellar of Ottawa, ON will address the Class of 2018 as their Valedictorian. Selected by her peers for the role, MacKellar will be pursuing a Master’s in Environmental and Life Sciences at Trent University, researching shorebird breeding behaviour and migration habits in the Canadian sub-Arctic.

Several Mount Allison students and professors will be recognized for their achievements during Convocation. Religious studies professor Dr. Andrew Wilson will be honoured with the Herbert and Leota Tucker Teaching Award, the University’s highest teaching honour, while Dr. David Fleming in physics will receive the Paul Paré Medal of Excellence recognizing outstanding teaching, research, scholarship, and/or creative activities.

Mount Allison will also hold several events on campus for graduates and their families over the weekend including the Fine Arts graduating students’ exhibition opening at the Owens Art Gallery, the Convocation Weekend recital by graduating Music students, and a performance of REX! by Tintamarre, Mount Allison’s bilingual theatre troupe.