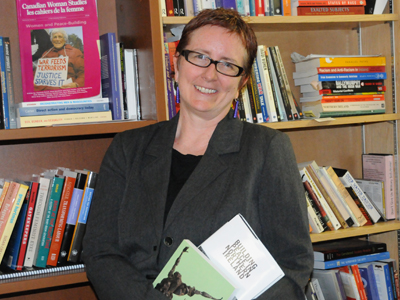 Marie Hammond–Callaghan (’85,’86) was the cornerstone of the women’s and gender studies program at Mount Allison for many years. She served as the only full-time faculty member in the program, developed and taught a number of the core courses, and was responsible for organizing many speakers and events on campus, especially for International Women’s Day. Her passing in November 2015, after a long battle with cancer, deeply affected many in the Mount Allison community. In her honour, The Marie Hammond–Callaghan Women’s History Prize was created, and was fittingly awarded for the first time on International Women’s Day, March 8, 2016.

The fund to sustain the prize was established by Hammond–Callaghan's husband, Kevin Callaghan, in mid-December and by late February 2016 had reached more than $20,000. Two of Hammond–Callaghan's former students, Allison Coady (’06) and Katherine Austin-Evelyn (’07), were instrumental in fund raising for the prize.

"It was crucial for me to see this prize come to fruition in Marie's honour because she relentlessly created opportunities for her students to learn, grow, and apply the principles of social justice beyond the classroom,” says Austin-Evelyn. "Marie's legacy is not limited to experiential learning or her outstanding scholarship in the field of women's history. It extends to her efforts to develop and nurture young feminists by preparing them to analyze the politicization of their own lives. She encouraged critical thinking and active citizenship. It was only fitting to create a prize that would honour this legacy and reward students who embody these ideals.” 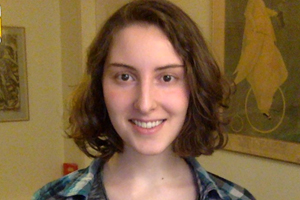 "She was a passionate and dedicated professor, and a very kind, approachable person,” says Carroll Goldman. "She had a big impact on me and made her classes really engaging. They enriched my perspective on politics, culture, and even my own personal life. I am very honoured and touched to be the inaugural recipient of her memorial prize.”

After graduation, Carroll Goldman plans to take some time off to work in the area of social justice before pursuing another degree.