Roxie Ibbitson, registrator/preparator of the Owens Art Gallery, is the 2021 recipient of Mount Allison’s Purdy Crawford Staff Award of Excellence. The award is presented annually to a staff member who has gone above and beyond the call of duty, displaying exceptional service to both their department and the University community.

“I’m thankful and feel very privileged to receive this award,” says Ibbitson. “There are so many people on the Mount Allison campus who go the extra mile for our students and the University. To be recognized like this is humbling.”

Ibbitson has worked at Mount Allison for more than 40 years, the majority of that time at the Owens Art Gallery. Known nationally for his innovative approach as a preparator and installation technician, Ibbitson has co-ordinated logistics for art exhibitions of all sizes and media over the course of his career.

“Roxie is an irreplaceable member of the team at the Owens. While I could go on at length about his many positive attributes, I think one of his most significant contributions has been mentoring students,” says Emily Falvey, director and curator of the Owens Art Gallery. “In this capacity, Roxie has helped create the next generation of Canadian museum professionals, while bolstering Mount Allison’s reputation for high-quality, work-integrated experiential learning. His impact on former student interns is so great, one of them is currently writing a book about him.”

Ibbitson first came to Mount Allison as a student, with plans to study engineering. Eventually he found his way to the Owens, working with the previous preparator and joining the Gallery full-time in 1983. He also worked at the Museum of Man and Nature and at the Royal Tyrrell Museum of Palaeontology in 1987 for an internship and sub internship respectively.

Many aspects of the job have changed since then but Ibbitson has continued his commitment to ensuring art exhibitions and installations, as well as many of the day-to-day operations at the Owens, run smoothly. With an art collection that has doubled in size over the course of his career, it’s no small job.

“The Owens is really a community gallery. Our team works with and welcomes people from across the campus, the local community, and beyond,” says Ibbitson. “It’s wonderful to work in an environment like this where you are encouraged to grow professionally and try new things.”

Outside the Owens, Ibbitson has also served on the Board of the Atlantic Provinces Art Gallery Association and on the executive of the Mount Allison Staff Association, including several terms as President.

When asked what might be the most memorable exhibition he’s worked on, it’s hard to pin Ibbitson down; there have been so many over his career. But the one he’s proudest of is a quick answer.

“The Salon Hanging. I love organizing it and am looking forward to working on it again this year,” he says.

Designed and installed by Ibbitson, the Salon Hanging sees over 100 works of art, many from the Owens original collection first acquired in the 1880s. It will return to the Gallery this summer.

See more of the Owens work and upcoming exhibitions at mta.ca/owens 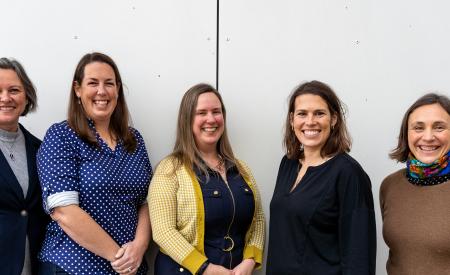 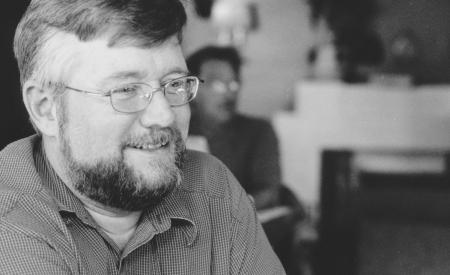 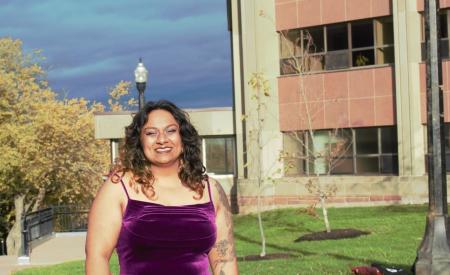