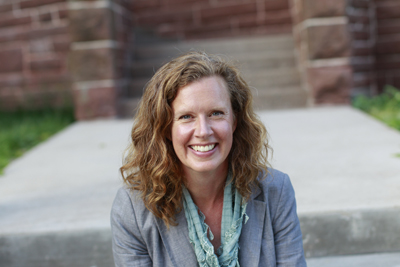 SACKVILLE, NB — A Mount Allison English professor known internationally for bringing literature and science together in her work is this year’s recipient of the University’s Paul Paré Medal, honouring exceptional research endeavours and scholarly activity.

Dr. Janine Rogers, who holds the Rev. William Purvis Chair in English, has taught at Mount Allison since 1999. She studies medieval literature in the context of modern science, looking specifically at natural history museums around the world.

“Janine’s scholarly work around literature and science is recognized internationally and crosses into many interdisciplinary areas,” says Mount Allison University President and Vice-Chancellor Dr. Robert Campbell. “I wish to congratulate her on this well-deserved award, which reflects some of the important humanities research taking place on campus and beyond.”

Rogers says it is both rewarding and humbling for her work to be recognized with this award.

“Pursuing these topics has made my research more social and collaborative – I get to work with colleagues from many different fields and organizations,” she says. “Working in such an interdisciplinary environment has also allowed me to incorporate these projects into my teaching, providing a new language to frame our discussion of literature in class.”

One of Rogers’ current projects, which she has also incorporated into her English classes, examines the literary history around astrolabes, an ancient astronomical Instrument used for solving problems relating to time and the position of the Sun and stars.

“Astrolabes are hundreds of years old and were really the world’s first computers,” says Rogers. “One literary piece I’m reviewing is a treatise written by Canterbury Tales poet Geoffrey Chaucer in 1391, which is basically teaches us how to use an astrolabe. He wrote it for his 10-year-old-son, Lewis. It was the first astrolabe treatise written in English, which makes it significant in both literary and scientific history.”

Rogers’ scholarly work has received support from many funding organizations including the Royal Society of Canada and the Social Sciences and Humanities Research Council of Canada (SSHRC). Her collaborators include international academics, as well as museum and art gallery curators, scientists, and students.

Rogers has brought her academic work and collaborations to campus in many unique formats, including the popular 2015 Cabinets of Wonder exhibition and symposium, co-curated with Mount Allison’s Biology department and the Owens Art Gallery. She also chaired the President’s Speakers Series committee for the University’s Year of Culture and Creativity (2010-11) and the Year of Science and Discovery (2011-12), bringing world-renowned scholars, activists, and entertainers to campus.

Also known for her exceptional teaching, Rogers received the JEA Crake Teaching Award in the Faculty of Arts in 2010, the Paul Paré Excellence Award in 2010, and created two new interdisciplinary courses at Mount Allison — “Literature, Science, and Technology” and “Literature and the Natural World.” 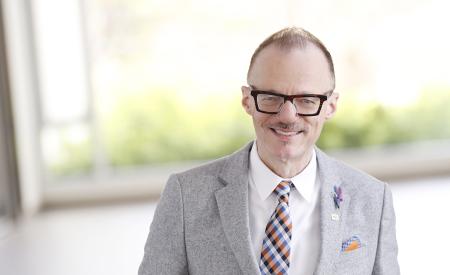