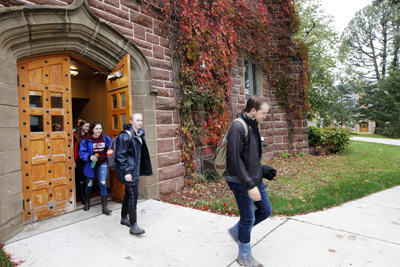 SACKVILLE, NB — Mount Allison University is welcoming more students from around the world to campus for the 2019-20 academic year. The University’s official enrolment numbers were released on October 15 as part of the Association of Atlantic Universities (AAU)’s 2019 Preliminary Enrolments Report.

Key stats for Mount Allison from the AAU’s 2019 report:

“At Mount Allison we strive to give our students one of the best undergraduate educational experiences in the country. This includes award-winning faculty members, a myriad of experiential learning and extracurricular opportunities, and a strong student support network on campus,” says Kim Meade, Mount Allison University Vice-President, International and Student Affairs. “The changing demographics in Atlantic Canada have led to increased focus on recruitment, particularly internationally. We are delighted to welcome such an engaging and diverse group of students for the 2019-20 academic year.”