SACKVILLE, NB — The Mount Allison President’s Speakers Series will feature one of the University’s own professors this month. Dr. Leslie Kern, Director of Women’s and Gender Studies and Associate Professor of Geography and Environment, will give a virtual talk, How cities fail women, and what we can do about it on Thursday, Feb. 10, 2022 at 7 p.m. It is open to the public.

A writer, urbanist, and feminist, Kern is the author of two books on gender and cities, including Feminist City: Claiming Space in a Man-Made World, which received international media attention and has been published in a dozen languages. Her research has earned a Fulbright Visiting Scholar Award, a National Housing Studies Achievement Award, and several national multi-year grants.

“We are delighted to have Dr. Kern as a speaker in this year’s Series,” says Dr. Jennifer Tomes, Chair of the University’s President’s Speakers Series committee and interim Dean of Science. “Hearing from one of Mount Allison’s own established researchers and teachers, as part of this series, helps recognize and celebrate some of the innovative research happening right here in our own campus community.”

Kern’s presentation will explore a range of ways that women have been excluded from city building while the lives of (some) men have been taken as the universal standard, an area she studied at length in her 2020 book Feminist City.

“City building and design affects everything from transportation, to housing, to safety, to care work, to public space,” says Kern. “However, there are many examples from around the world of cities that are trying new policies, plans, and designs to create more just and equitable cities. I’m looking forward to connecting with members of the University and wider community on this topic and am honoured to be part of the Series.”

Kern’s writing has appeared in The Guardian, Vox, Bloomberg CityLab, and Refinery29. She is currently working on her next book project —an intersectional guide to gentrification — which will be published by Between the Lines Books later this year.

The Feb. 10 talk will take place online through Microsoft Teams, which is a free platform. More information and link is available at: mta.ca/pss 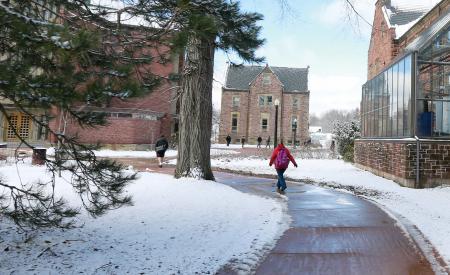