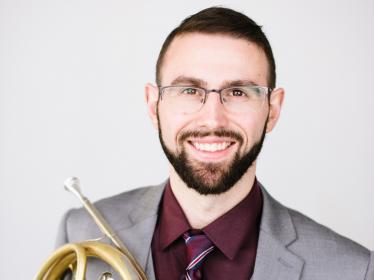 As a proud member of Indiana University’s Nairobi based Tunaweza Kimuziki project Olivier has worked to increase the quality of music education in Kenya. Olivier embraces the use of technology in teaching, with an online based private studio which includes students located around the world. His students have been accepted to prestigious programs such as the Frost School of Music in Miami, FL, Boston University Tanglewood Institute Horn Camp and Young Artist Program as well as all-state ensembles in California, Virginia, and Alabama and membership in the Chicago and Sacramento Youth Symphonies among other achievements. Olivier integrates music history and theory into his pedagogical techniques and has had multiple articles published in The Horn Call on how music theory can be used to enhance musical interpretations and performances.

Symphony No. 7 by Henry Cowell for Naxos Label

Mahler Symphony No.9 with Kammermahler